Jean is a very dear friend of mine whom I have shared a multitude of experiences with. They teach me yoga and perform amazing dance pieces on stage, while I put them in bondage for artsy photos and discuss D&D with them for hours on end. Needless to say, it’s an intricate dynamic I have with a person who’s first words to me were that I was destined to die sooner because I’m over 6 feet tall.

Jean is the person that I refer to as my rubber buddy. They have expressed an interest in latex several times and we have a notebook full of photo and video ideas, usually involving them posing, immobilized in a vacbed, or fully enclosed in a suit, their body moving more as if it were made of glossy liquid metal instead of flesh and bone.

They had been in and out of balloons several times already, and this night we were shooting video of them inside a partially deflated balloon. Jean is a long time dancer and yoga practitioner, so their body control is very interesting to watch. Put them in a partially inflated balloon, and those motions turn them into a latex, amoeba like creature. After several minutes, I genuinely had no idea which motion was caused by what part of their body. I watched, filming them silently, before the quiet wonder quickly shattered. They popped their head out, using their knees and elbows to make tiny limbs stretching against the rubber’s surface, wiggling with an absurd glee that soon had both of us snickering.

They were quite at home wrapped in latex, and an idea had popped into my head. They were already inside a large rubber pouch, and by my logic it was just a frame-less vacbed. I pitched them the idea of using an old airbed pump to suck all the air out around their body and they enthusiastically accepted. I slid the hose into the balloon alongside their neck and started the pump.

The first few pumps, nothing happened, but sure enough the latex began to slowly shrink around their body. I had seen videos of vacbeds before, but actually watching this process in person was far more fascinating that I had expected. Because the balloon had been rounded out, watching it form into their body almost seemed to impart life into the rubber. Several more pumps and more intricate details formed. The curve of their spine, the bends in their joints, even the definition of their fingertips became visible. I snapped a few photos and showed them to Jean on the back of my camera. We both paused in a moment of fascination before the silliness took over as it often does when Jean and I are hanging out.

They began squirming, trying to push against the latex that was firmly holding them in place. I laughed, as their habit of attempting to squirm free of any restraint I placed them in availed them naught. They perked up at an idea and told me to watch their back. They had moved their shoulder blades out, almost appearing as if they were in the early stages of growing wings. We both knew that once vacuumed into rubber, movement was reasonably impossible, but apparently that doesn’t apply to movements that occur inside the body of a vacuumed person. Even fully immobilized, Jean was still capable of movement, this time looking like a statue come to life.

After a few more photos, I released them. As they began stretching out their muscles, new free of their latex trap, I looked at them and asked, “I’m going to buy a vacbed soon, aren’t I?”

They simply replied, “Yes. Yes you are.”

Can’t argue with that logic. 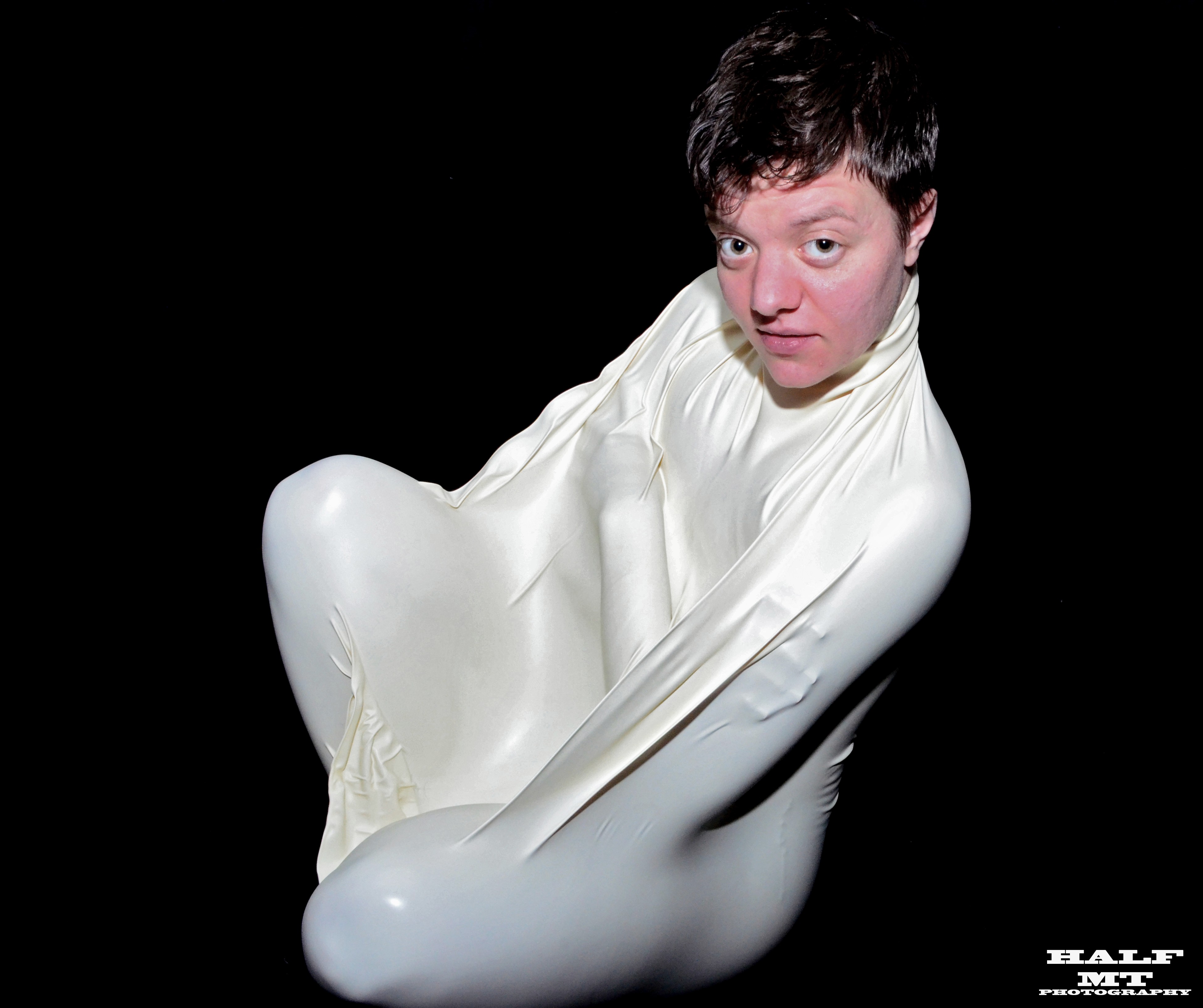 Posted by: Matt of Half MT Photography (Insta: @nsfw_half_mt_photo)
Share this